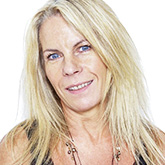 It's well documented that vitamin D is essential for healthy bones and teeth, but it also plays a pivotal role in immune health.

Before an association between vitamin D and immune health was established scientifically, it had unwittingly been used with tuberculosis patients who were sent to sanatoriums, where their treatment included exposure to sunlight.

Now, researchers are able to pinpoint more precisely some of the mechanisms through which vitamin D works on the immune response.

A lack of vitamin D is linked to a number of health problems, including autoimmune conditions, inflammatory bowel diseases, cognitive disorders (like dementia and Alzheimer's) and infections like 'flu and tuberculosis.

Vitamin D deficiency can also cause greater susceptibility to colds or other viral infections. A much-publicised study by Trinity College in 2020 found that vitamin D may even boost resistance (or limit the severity of illness) to respiratory infections such as COVID-19.2

In addition, having enough vitamin D can also be a determining factor in whether you develop an autoimmune condition, like coeliac disease, lupus and rheumatoid arthritis.

How does vitamin D affect the immune system?

Vitamin D is crucial for activating and regulating infection-fighting T-cells. Vitamin D is needed for their activation, so they can transform into killer cells (that help destroy alien pathogens), or helper cells that help the immune system 'remember' a given pathogen, so it can deal with it more effectively if it is encountered again.

Other breakthroughs show that vitamin D not only helps to ward off infection and disease but also protects against autoimmune conditions. Vitamin D helps stop the body from attacking healthy tissues by triggering the development of regulatory T-cells; these help to recognise the difference between foreign invaders and 'self', so the immune system does not attack its own cells.3

Are you getting enough vitamin D?

Our body makes this immune-enhancing vitamin naturally when our bare skin is exposed to UVB rays – which is why it's often called the 'sunshine vitamin'.

Yet, as we increasingly spend more time indoors and/or cover up in the sun, we might not be getting enough. This isn't helped by the fact that there aren't a huge amount of food sources that can provide enough vitamin D,  a challenge to maintain sufficient levels all year round.

A 2005 study found that 89% of 51-64 year olds in Ireland do not achieve the 10mcg/day recommendation, with intake from food sources under half of this amount.4

A 2016 study by the University of Cork has since suggested that vitamin D intake should be much higher (around 28mcg), which was echoed by the 2021 Oireachtas Health Committee report, which recommended that 20-25mcg day should be taken by the adult population.5

Some of the other most common symptoms include unexplained fatigue, brain fog, hair loss, aching and painful muscles, bone and lower back pain, depression and low mood, disrupted sleep and gut problems. However, most people are unaware they have a deficiency.

The amount of vitamin D you need also depends on factors such as how much you weigh, your skin tone, whether you get outside much, and your age.

When selecting a supplement, choose one that provides vitamin D3 (rather than vitamin D2) as this is the form that's produced naturally in your skin on exposure to sunlight and is found in animal-sourced foods like eggs and fish oils.6

Jane Collins is a journalist, author and editor specialising in women's health, psychological health and nutrition. She has more than 25 years' experience of writing for UK publications including Top Sante, Men's Health, Daily Telegraph and Evening Standard.